“You have enemies? Good. That means you’ve stood up for something, sometime in your life.” Winston Churchill

I was searching my house this morning for Nick Cohen’s book, What’s Left (still a hugely important exploration of the history of the contortions of the British Left). I was trying to find his quote about certain parts of the Left’s view of those they perceive as ‘the underclass.’ Nick wrote about the ‘superior virtue of the oppressed’, a quote that has been ruminating around in my mind ever since VanTweetGate broke last week.

I believe that Ed Miliband’s reaction is what he says it is; an attempt to show the “people of Britain” that Labour is “on your side”. Its unfortunate that the person of Britain being used as the representation of Britain espouses views that are just plain ugly, extreme, outdated and are unrepresentative of the actual people of Britain. But more than that, the reaction of much of the political class, left and right, betrays the really quite sad political insecurity currently afflicting British politics – an insecurity perhaps born of a lack of familiarity with the people of this country.

Too many of our MPs (on all sides) have never experienced work or life in the way the vast majority of people in this country have. They don’t share the daily struggles, the perks, the hopes and dreams of the people they seek to represent and so they are terrified of being associated with causing offence to what in reality seems to be an outdated stereotype of ‘the English working class’. The tweet was in truth so anodyne that in a Labour Party more rooted in the people of this country, it would barely have made a ripple. 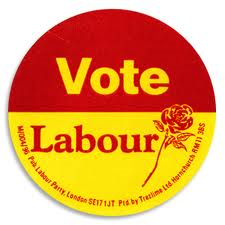 In my conversations with Holborn & St Pancras Labour Party last week I asked people to really think about what was missing from politics. We have great policies, we have countless policy experts among our MPs. We are great on policy. And yet people are turning away from us in their droves and turning to Nigel Farage, Russel Brand, even Boris Johnson. Why? Its not their amazing policies. Its their ability to connect with the people of this country on a human level. When they speak, you might not agree but you know that they at least do. This political authenticity is what we’re lacking, it is causing a political crisis and in not solving it we are betraying the people who desperately need a Labour government. The first job of politicians is to connect with the people of this country, if you can’t do that you can’t do anything.

That’s the thing about Emily, she seems like a real person. What I mean by that is, who she is as an MP is who she is in ‘real life’. I believe her when she says things. She connects with people. As a liberal barrister, her views are representative of parts of North London and those people deserve a voice within Labour. It shouldn’t be the only voice, which has been part of the problem of the last few years, but it should surely be permitted to speak. And Emily does speak, and when she does, I often don’t agree with her but I feel she is sincere. I like that. We like that. And this is probably at least part of the reason why she was able to win her Islington seat when the Lib Dems were the toast of London in 2005, and why she increased her majority in 2010 when her seat was the Lib Dems top priority target seat. We cry out for authenticity in our politicians, yet when she did something that the more careful, studied politicians wouldn’t do in a million years she is publicly pilloried.

If more MPs had spent more time with the real people of this country, not as politicians, advisors or political activists, but as a part of their world, as a peer, they would know, instinctively, that to presume homogeneity of thought is so very, very wrong. They would know that there is nothing wrong with debates, and honest debates between people with different views are not dangerous, they are invigorating and necessary and essential, and that the desperate attempts by too many leading politicians to cause absolutely no offence to anyone, ever, lies at the heart of the gaping chasm between politics and the people.